News & Events
Home / About Us

The Catholic Diocese of Uyo was carved out of the Diocese of Calabar in 1989. His Holiness, Pope John Paul II, on July 4, 1989 signed a bull, creating Uyo Diocese, excising it from Calabar. Announcement of the young Diocese was made by the Vatican on August 14, 1989, the eve of the Assumption of the Blessed Virgin Mary.

Rev. Fr. Joseph Ekuwem, a Diocesan Priest of Calabar Diocese, was named the pioneer Bishop of the Diocese and was consecrated on December 9, 1989 on the very day the new Diocese was canonically inaugurated by His Excellency Archbishop Paul Tabet, the then Pro-Nuncio to Nigeria.

The diocese shares boundaries with the Catholic Dioceses of Umuahia (erected 1958), Port Harcourt (1961), Ikot Ekpene (1963) and Calabar erected 1950 and raised to the status of Metropolitan Archdiocese in 1994, with the aforementioned dioceses as suffragans, except Umuahia.

Following the merger of the congregation of the Holy Ghost (1703) with the newly founded congregation of Holy Heart of Mary (1842) in 1848, the Holy Ghost congregation was given responsibility for the immense Apostolic Vicariate of Two Guineas. They were assisted by priests of the society of African Mission (SMA) who later, in 1884, was assigned responsibility for the new Prefecture of the Uppoer Niger with headquaters in Benin City. In 1885, the French Holy Ghost Fathers, led by Fr. Joseph Lutz, arrived Onitsha from Libreville Gabon and established a mission there. They were permitted to settle there by the then traditional ruler, Obi Anazonwu of Onitsha on their arrival. The territory was granted ecclesiastical independence as Apostolic Prefecture of the Lower Niger in 1889. The Prefecture was promoted as Apostolic Vicariate of Southern Nigeria in 1920; renamed Apostolic Vicariate of Onitsha in 1948 and Metropolitan Archdiocese of Onitsha in 1950.

It was from Onitsha that the Holy Ghost Fathers came to Calabar and established a residential mission in 1903. At the time of their arrival, Calabar was already a business centre for the early European traders. Besides, it was also a great centre for their missionary activities. Several indigenes of what is now Uyo Diocese were already living and had undertaken certain commercial activities in Calabar.

Some of them, such as Sam Ikpe Inuk, are said to have invited some of the missionaries at Calabar to visit some communities in what is now Uyo Diocese. The Holy Ghost Fathers were led by Monsignor Alexandre Leon Lejeune CSSP, the Prefect, Apostolic Prefecture of Lower Niger, who returned to France in 1905 with terminal cancer and was replaced by Bishop Joseph Shanahan CSSP, an Irish priest who arrived Nigeria in 1902. Bishop Joseph Shanahan focused on education using schools to evangelize parents through their children.

The Holy Ghost Fathers were at the forefront of modern Catholic missionary work in Africa, and were assisted, in the Vicariate of Southern Nigeria by a group of volunteer Irish Diocesan priests, led by Rev. Fr. Pat Whitney. They were young priests from the National Seminary St. Patrick’s, College, Maynooth, who responded to appeal for volunteers by Bisho Shanahan in 1920. Instead of joining the Holy Ghost congregation, the young volunteers decided to form a congregation of their own and in 1930 realized their objective when Bishop Matthew Cullen established the St. Patrick’s Missionary Society which was canonically established in 1932.

Following the trial formation of the St. Patrick’s Missionary Society in 1930, many Irish volunteer priests decided to join the new congregation. Soon they requested for and were assigned Calabar and Ogoja Provinces as their territory to evangelize. The Holy Ghost priests in this territory were asked to continue to operate in Ogoja for a short while and later withdrew completely to join their brothers in the vast Ibo territory serviced from Onitsha. In 1934, the Apostolic Prefecture of Calabar, which comprised Calabar and Ogoja was erected; detached and made a Prefecture.

Calabar mission (parish) recorded steady growth and by 1914, Anua residential station was opened, with a complement of three priests, for the area of the province. According to the Holy Ghost Bulletin, De La Congregation, Calabar and Anua had 500 outstations in 1929. In his 1926 memoirs, Rev. Fr. Pat J. Whitney described Anua thus, “Anua Central Mission Station is one of the most beautifully laid-out and perfectly built station in the whole Vicariate. There is a symmetry and completeness about the place that is difficult even to equal”. We dare to say that to this day, Anua Parish still deserves these enviable words of exceptional aesthetics. Three other mission stations were later established at Ifuho, Essene and Oron.

The Prefecture of Calabar also had the benefit of religious women who helped in evangelization as well as education and health-care delivery. These included the French Women Religious Congregation of St. Joseph of Cluny (founded 1807), who ran a girls’ school in Calabar, until 1920 when they were recalled and the Holy Rosary Sisters. The schools, St. Joseph’s Convent, was thereafter taken over by lay women volunteers, Agnes Ryan and Marie Martin, an auxiliary nurse who later became a reverend sister and foundress of the Medical Missionary of Mary (MMM) in 1937. The congregation, Handmaids of the Holy Child Jesus (HHCJ) founded by Sr. Mary Charles Magdalene Walker in 1937 greatly helped in evangelization and women education.

Due to the hard work of the missionaries, there was rapid expansion of the territory won for the church as the hitherto pagan population was converted and co-operated to establish more missions, schools and hospitals. As a result of these visible growths, in 1934, the provinces of Calabar, Ikot Ekpene, Uyo and Abakaliki were constituted into the Prefecture of Calabar which was promoted as Apostolic Vicariate in 1947 and a Diocese in 1950. From the Diocese of Calabar, Ogoja (1955) and Ikot Ekpene (1963 were carved out while Abakaliki was excised from Ogoja into a Diocese in 1973. Uyo therefore remained as part of Calabar Diocese until 1989.

With the elevation of Calabar to a Prefecture, Rev. Fr. James Moynagh, SPS was appointed the Prefect Apostolic. In 1950, the territory was raised to the status of Diocese and he was consecrated the first Bishop of the Diocese. He was assisted by Bishop Dominic Ignatius Ekandem, who was ordained Auxiliary Bishop on February 7, 1954. He was appointed and enthroned as Bishop of Ikot Ekpene Diocese on 11th May 1963. He was later appointed a Cardinal and put in charge of Abuja, the Federal Capital Territory in 1975. Reverend Father Brian Usanga was elevated to Auxiliary Bishop and Titular Bishop of Ubaba in 1966, to fill the vacuum left by the departure of Bishop Ekandem to Ikot Ekpene. Following the return of Bishop James Moynagh to Ireland; he was named Bishop and enthroned as the first indigenous Bishop of Calabar Diocese on 30th August, 1970.

The Diocese, at inception in 1989 had 36 indigenous priests, 6 missionary priests and 32 parishes. Under John Ayah, the number of indigenous priests increased to about 130 and the parishes to 74, to the glory of God. The Diocese is blessed with active women religious congregations, which include the Handmaids of the Holy Child Jesus (HHCJ), Medical Missionaries of Mary (MMM), Daughters of Charity (DC), School Sisters of Notre Dame (SSND) and Witnessing Member of the Holy Family (WMHF). The Daughters of Divine Love (DDL) and the Eucharistic Heart of Jesus (EHJ) at one time and the other rendered services to the diocese. 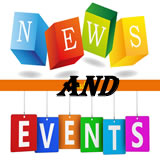 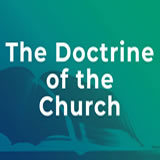 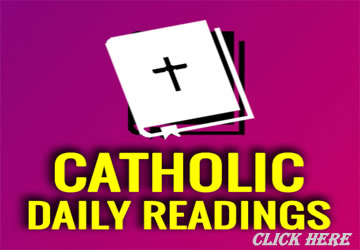 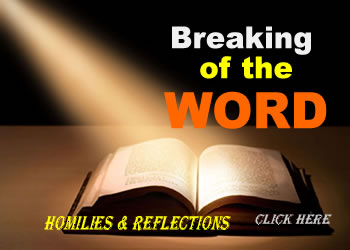 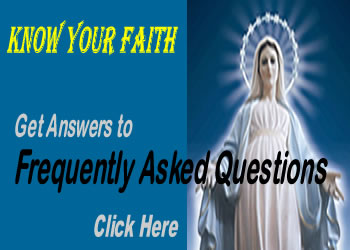 © Copyright 2021, All Rights Reserved. | Powered by Duaanex |
Scroll To Top